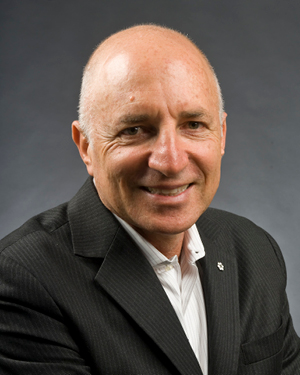 Dr. Hayden is a Killam Professor at the University of British Columbia, the highest honour UBC can confer on any faculty member. He is also an accomplished scientist and physician. He was the President of Global R&D and Chief Scientific Officer at Teva from 2012-2017. During this time approximately 35 new products were approved in major markets with many for diseases of the CNS. In 2015 Teva R&D was recognized as one of the 10 most exciting innovators in Pharma by IDEA Pharma and in 2017 Teva R&D ranked top of the industry for CNS development and clinical trial success rate by Pharma Intelligence. He is also a Killam Professor at the University of British Columbia.

Dr. Hayden was named one of the 50 Canadians born in the 20th century who have changed the world. Dr. Hayden is the co-founder of five biotechnology companies including: Prilenia, NeuroVir Therapeutics Inc., Xenon Pharmaceuticals Inc., Aspreva Pharmaceuticals Corp and 89bio. He currently sits on different public and private boards of biotechnologies companies.

Dr. Hayden is the recipient of numerous prestigious honours and awards. He was inducted into the Canadian Medical Hall of Fame in 2017. He was named one of PharmaVoice’s “100 of the Most Inspiring People” (2015); awarded an Honorary Doctorate of Science from the University of Alberta (2009) and by the University of Gottingen (2014); the Luminary award by the Personalized Medicine World Conference (2014); the Diamond Jubilee Medal (2012), on behalf of HRH Queen Elisabeth II, in recognition of his significant contributions and achievements; the Margolese National Brain Disorder Prize (2011), awarded to Canadians who have made outstanding contributions to the treatment, amelioration, or cure of brain diseases; the Killam Prize by the Canada Council of the Arts (2011), in recognition of his outstanding career achievements; and the Canada Gairdner Wightman award (2011), recognizing him as a physician-scientist who has demonstrated outstanding leadership in medicine and medical science. Dr. Hayden has also been awarded the Order of Canada (2011), and the Order of British Columbia (2010). He was named Canada’s Health Researcher of the Year by CIHR (NIH of Canada) in 2008, and he received the Prix Galien in 2007, which recognizes the outstanding contribution of a researcher to Canadian pharmaceutical research.

Dr. Hayden is committed to empowering others. In addition to mentoring over 100 graduate students and postdocs, he is also a TED mentor.