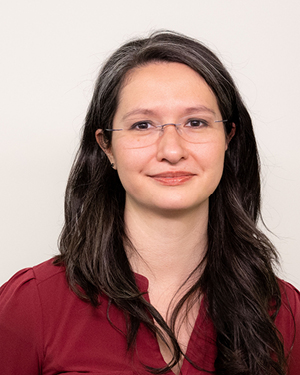 "The Omnia platform has the potential to change the lives of so many patients."

Pamela Wagner is the Director of Technology Development at Incisive Genetics Inc. She co-founded the company and co-invented the Incisive Delivery System™

In 2011, Ms. Wagner joined Dr. Blair Leavitt’s lab at the University of British Columbia. A specialist in assay development and in vitro cellular modeling, Ms. Wagner led research projects examining the genetics of neurologic diseases and worked on multiple pre-clinical trials for the treatment of Huntington’s Disease.

In 2018, Ms. Wagner carried out the hands-on in vitro experiments that led to the invention of the Incisive Delivery System™, capable of bringing all the components of CRISPR gene editing technology into a cell. Within four months, Ms. Wagner and the Incisive Genetics team proved the viability of the delivery system. In the fall of 2018, they submitted the provisional patent for the technology.

In 2019, she completed the Entrepreneurship Venture Incubator Program at the University of British Columbia.

As Director of Technology Development, she is responsible for project management, experiment planning and design, and purchasing and procurement at Incisive Genetics Inc. She is actively involved in business operations as the company looks to attract private investment and government funding.