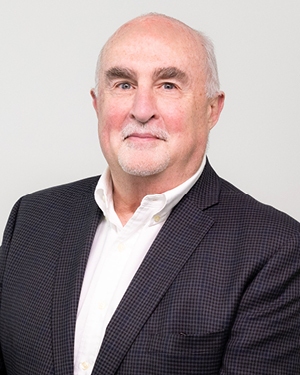 "Being a part of the IG team that’s focused on developing Omnia™ and knowing that so many people will benefit from our discovery continues to be an exciting awesome experience!"

Mr. Flowerdew has extensive experience in executive management in the areas of corporate finance, business development, sales and marketing and manufacturing as well as corporate governance expertise as a former or current director of public and private companies, a leading environmental NGO and a major Vancouver cultural organization.

Roger has a broad range of knowledge working with early stage and start-up companies in the life sciences, manufacturing and information technology industries and has worked extensively in Canada, the United States, the United Kingdom and Europe in the CEO, COO, VP – Sales & Marketing, Director of European Operations, CFO and Corporate Secretary positions.

Prior to Incisive Genetics, Roger has been the CEO, CFO and Director of Cognetix Inc, a Salt Lake City Utah based bio-tech company (developing a drug to mitigate chronic intractable pain/Phase 1 clinical trials) and immediately prior to that the CEO and Director of a Los Angeles based nutraceutical distributor.  In both cases, Mr. Flowerdew was brought in as CEO by MDS Capital, one of North America's leading life sciences venture capital funds.  More recently, Roger was the CEO and CFO of Radient Technologies Inc, a Vancouver, Edmonton and Whitby Canada based company specializing in the extraction, isolation and purification of valuable active compounds for the global bio-tech, pharmaceutical, nutraceutical, food and fragrance industries.

Mr. Flowerdew was a Director of Chromos Molecular Systems Inc. (chair – compensation and audit committees), a bio-tech company developing and commercializing artificial chromosome expression systems, and for 11 years a Director and Chair (6 years) of Northern Lipids Inc., a contract research and manufacturing company that specialized in the development of lipid-based formulations for the bio-tech industry and some of the world’s largest pharmaceutical companies.

Mr. Flowerdew has for eight years been a Director (three years as Chair) of the Pacific Salmon Foundation and is also a Director and Treasurer of the Vancouver Opera Association.

Roger obtained his Bachelor of Arts from Simon Fraser University in May 1980 and his CPA, Chartered Accountant designation with Thorne Riddell (now KPMG Canada) in December, 1982.