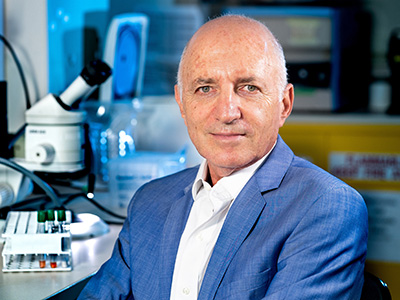 “We are thrilled to announce the establishment of the IG SAB. The knowledge and experience of our advisors will help advance our vision of translating novel gene editing medicines from bench to bedside,” said Dr. Blair Leavitt, MDCM, FRCPC, Chief Executive Officer of Incisive Genetics. “Dr. Hayden is a lifelong champion of innovative genetic medicine. His passion, experience, and imagination make him a visionary in the field. The collective wisdom and insight of our SAB will be invaluable to Incisive Genetics as we build our platform and neurologic pipeline, and we look forward to the future.”

“Incisive Genetics’ platform technology represents a very promising avenue for gene therapy,” said Dr. Hayden.  “I look forward to leading the Scientific Advisory Board and working with the greater team at Incisive as they continue to expand upon their delivery platform and pipeline.”

The Incisive Genetics SAB is comprised of:

Dr. Michael Hayden is a Killam professor at the University of British Columbia and the founder of the Centre for Molecular Medicine and Therapeutics.  He is also a Canada Research Chair in Human Genetics and Molecular Medicine.  Dr. Hayden previously served as CSO and President of Global R&D at Teva and has co-founded numerous biotechnology companies, including 89Bio, Prilenia Therapeutics, Xenon Pharmaceuticals, and Aspreva Pharmaceuticals. He is a world-renowned scientist who has sat on many boards of private and public companies across the globe. Dr. Hayden is the recipient of numerous awards and is a pioneer in multiple fields, including genetic medicine. Dr. Hayden is the recipient of the Diamond Jubilee Medal (2012) and is a Member of the Order of Canada (2011), and a Member of the Order of British Columbia (2010).

Dr. Leslie Thompson is a Donald Bren and Chancellor’s Professor in the Departments of Psychiatry and Human Behavior and Neurobiology and Behavior at the University of California Irvine (UCI). Dr. Thompson has studied Huntington’s disease (HD) for most of her scientific career and was a member of the international consortium that identified the causative gene for HD in 1993. Dr. Thompson is a member of the Hereditary Disease Foundation SAB, HD CARE SAB, Packard Center SAB, Chair of the Huntington’s Disease Society of America SAB and is founding Co-Editor in Chief of the Journal of Huntington’s Disease. She is also the PI of the OMICS core of the Answer ALS program, which is a precision medicine approach to understand sporadic ALS in over 1000 ALS subjects.

Dr. David Weiner is a neurologist and neuropharmacologist with over 20 years of experience in the discovery and development of novel therapeutics for neurological disease. He started his career at ACADIA Pharmaceuticals, where, over a ten-year period, he held a series of discovery research and clinical development roles working on multiple therapeutics, most notably Pimavanserin. He subsequently joined EMD Serono in a late clinical development role, ultimately leading early clinical development activities in neurology globally. Dave has extensive experience in neurological and rare disease drug development, serving as CMO and Interim CEO for Proteostasis Therapeutics Inc., CMO at aTYR Pharma and Lumos Pharmaceuticals, and as CEO at Amathus Therapeutics. He has authored numerous scientific publications, multiple patents, and serves on a number of clinical and scientific advisory boards, including the scientific advisory board of the Michael J. Fox Foundation for Parkinson Research.

About Incisive Genetics Inc.
‍Incisive Genetics, a privately-held biotechnology company based in Vancouver, Canada, was established in 2018.  IG is focused on developing its cutting-edge non-viral delivery platform for genetic therapies. This disruptive and transformational delivery platform enables a one-step encapsulation of the active CRISPR components within lipid nanoparticles. The Company’s pre-clinical pipeline includes programs addressing neurologic and ocular genetic diseases. IG is actively seeking partnerships with pharmaceutical companies developing gene therapies to be enabled by its novel delivery platform.